The Hotel Vanya, or A Metaphysical-Paradigm At The End of Everythingness, loosely based on Chekov's Uncle Vanya, is set in a fun park world where we meet characters of a once beautiful hotel now set for demolition. In the last days of the hotel, the occupants vie for last chances at love, lust, and compete against reality by dressing as Jackie-O, swallowing corndogs, face glass eyed mermaids, while confronting Post-Traumatic Stress Disorder, Alzheimer's, gentrification, suicide, marriage, homosexuality, and abortion. The creative team developed this script since fall of 2013, integrating literary research, workshops, table work, retreats, and public staged readings at site-specific locations, a buffalo ranch, and the Off-Center in Austin, Texas.

The Hotel Vanya is located at 807 East 4th Street. Parking is in the back of the building facing 3rd with the entrance on Brushy Street. 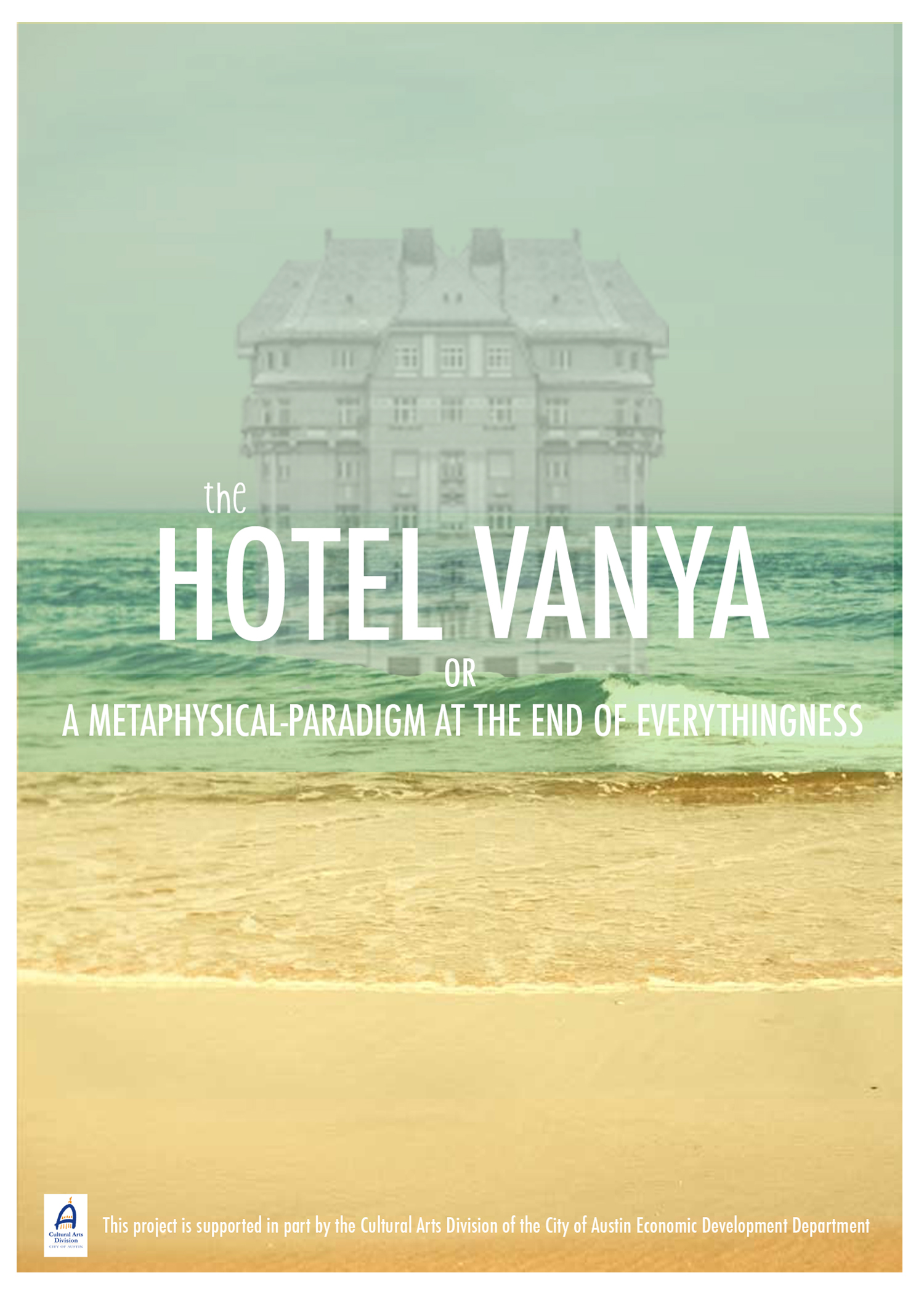